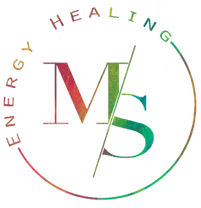 Scroll down to read the very basics of what Reiki is all about.

The Benefits of Reiki

See how Reiki can and

Change the way you feel.

Find out all the details of what happens during and after a Reiki session.

Because you deserve it.

The root of reiki

What we have learned here in the West is that someone else can just give us a pill and try to make our pain go away, but that often leads to recurrence and doesn’t lead us to live our most radiant healthy lives.


Quite often people are unwilling to submit themselves for alternative therapies simply because they are afraid - afraid of the unexpected or the unknown.


Interest in alternative healing therapies is on the rise because Western medicine is, in some cases, failing us. Whether it is back pain, autoimmune disease, or long-term hormonal disruptions, we're turning to different therapies, some old and some new, to feel better. Many clients wonder or question what they may expect or experience with alternative or holistic sessions.


At the root of Reiki is the concept — once known in Western medicine up through the Middle Ages and still seen today in Eastern medicine — “that disease is caused by imbalances of vital energy in the body and that correcting these imbalances promotes healing," according to UMN's Center for Spirituality & Healing.


"Reiki can do no harm — the worst thing it can do is nothing," said Ann Baldwin, a professor of physiology at the University of Arizona and a trained Reiki master practitioner.


According to Albert Szent-Gyorgyi, 1937 Nobel Prize winner, “In every culture and every medical tradition before ours, healing was accomplished by moving energy.” Bioenergetic healing techniques (such as Reiki) have been in practice since ancient times. Ancient Egyptians, Greeks, and Chinese were known to use energy techniques for healing, such as using magnetite to provide relief from disease by increasing blood flow. The Bible and other holy texts also describe healing illness through the laying-on of hands. Reiki is, in fact, a modern version of this ancient healing touch, now practiced in several nursing institutions and hospitals.

“I know firsthand the amazing miracles we can achieve with modern Western medicine,” Oz said on an episode of his program, “but I also know that for centuries, people around the world have developed alternative therapies to treat the body, mind, and the soul.”

“Try Reiki. This alternative medicine treatment can manipulate your energy and cure what ails you.”

So, What exactly is reiki?

Reiki (pronounced ‘RAY-key’) is a Japanese word meaning universal life energy, (literal Japanese translation of Rei=universal, Ki=energy). It is a non-intrusive method of hands-on healing that taps into the energy of the universe referred to by philosophers and martial artists as ki in Japan, Chi in China and Prana in India, and modern science refers to it as biofield energy. The practice of Reiki is based on the teachings of a Japanese man, Mikao Usui, who taught and practiced Reiki in the late nineteenth and early twentieth century.

It is believed that a person’s “Ki” or energy should be strong and free-flowing. When this is true a person’s body and mind are in a positive state of health. When the energy becomes weak or blocked it could lead to symptoms of physical or emotional imbalance. When your life energy is low, it is more difficult to deal with stress; you may not sleep well, and you’re more susceptible to illness. When your life energy is strong, you feel strong, can more easily deal with stress, and are less likely to get sick.

Like a Massage without the next day body aches.

During a Reiki treatment, both the Reiki practitioner and the recipient may feel sensations. A practitioner’s hands will often heat up as a result of the flow coursing through their palms. The recipient frequently feels sleepy and yawns repeatedly as incoming Reiki energies soothe and calm pent-up emotional tension and stress.

Reiki is a healing modality many skeptics love to hate, some people feel tingling or heat, others fall asleep, while others lay awake wondering what they are supposed to feel. Some people are more in tune with their bodies than others and will be able to share feeling the different sensations that occur while using Reiki.

Reiki can take a few sessions to feel comfortable or relax enough or quiet enough to experience the shifts it can facilitate.

Reiki works like a thermostat that regulates the body. Much like a furnace that automatically turns on and off to regulate the temperature, Reiki flows slowly or rapidly as needed to dispense balancing energies. These fluctuations of Ki energy churning within us can often be felt as pins-and-needles tingling, hot flashes, goosebumps, chills, throbbing, etc. There's no right or wrong experience.

You may experience any of the following sensations during a Reiki session: heat or coolness, pins-and-needle tingling, itchiness, and sleepiness.

* All Reiki sessions require the client to remain fully dressed.